Ran the car to the unofficial cars & coffee Saturday AM. It ran well, although I will have to bleed the brakes again as it's still just a little bit spongy. Once parked (with the VWs but right next to a pretty sweet 911 Targa), the result was as usual. It was somewhere between getting mobbed and working a receiving line. I could hardly wander away to see the other cars. Met a guy who told me he had dinner once at a Rennfest Reunion or some such with the man who owns the ex-Jean Behra 550 (probably 0067 but he didn't say and I couldn't remember), another French Blue car.

I told him I'd actually toyed with the idea of making a copy of the sticker someone affixed to that car's fan shroud. 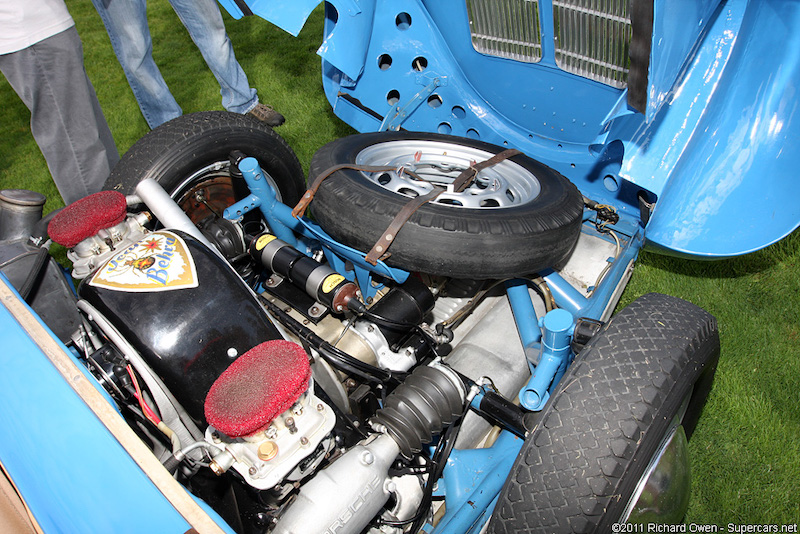 On the way home I hit a hilly part of Rt 7 and lugged her in 4th. Thought I heard just a little pinging around 2200 RPM.

So today after the rain I fired up the laptop, fired up the engine and cut 2 degrees off the 2300 cells on the right three columns. Also tested the MAP sensor in the Black Box by sucking on a bit of vacuum tubing I attached to the inlet port on it. It works.

Took a drive with the computer. (Put it in the passenger seat).

Tried lugging it on the hills. No rattly sounds. Did two full-stop, full throttle takeoffs, and, gentlemen, I think we got this.