I've tried to search the forum for which specific 356 emblems go on a Spyder
but does anyone have specific part #s?
Even on the "356registry" they discuss which is the "correct" script, 8.5 or 10"

I've read the crest is supposed to be flat, is it this one
64455921002 - Hood Emblem [Hood Handle Crest]?
I've read it fits exactly where the replica manufacturer puts their crest, but what size?
Do we need a gasket, or does the manufacturer crest come with a gasket?
is the same crest used on the Front and Back ?

That's the one that Speedster owners use for their hood handle.  No gasket under it - it sits in a recess on the aluminum hood handle.  It's flat but quite small. 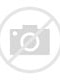 I think Fibersteel sells the right crest but the 356 crest will not fit. The Spyder one is flat.

I don't know about yours but anything that has a post on the bottom did not work for my Spyder. I don't believe the gasket would work either because you 3M emblem tape it to the car.

Spyders didn't use a gasket. They used a phenolic board, like an old orange-ish-brown circuit board.

I couldn't find one with a blank space big enough. But I found a modern epoxy circuit board, around a 1/16th of an inch thick. It's a translucent green. Anyway, I cut it slightly larger than the crest and sanded a bevel on it all around. A dot of silicone top and bottom keeps it from rotating. I drilled the single hole and used a push-nut on the underside of the hood.

Biggest Spyder faux-pax ever? Using a 911 crest, they're WAY too big.

Extra points if you can find an early 356 crest that has orange instead of red in it.

In the early 2000s, Dario Calandra used to sell all manner of Spyder parts that looked correct. The crest underliner was one of them. He also sold e-brake handles, shifters, mirrors, plexi windshields. You could go broke getting it "right".

Can the 3M tape be used on the script as well as the crest?

It seems like the most common sellers are out of stock. Fibersteel does not mention a part number. I was looking at the emblems on eBay it seems the only place you can find them in stock

Spyders didn't use a gasket. They used a phenolic board, like an old orange-ish-brown circuit board....

You could go broke getting it "right". I guess you can use emblem tape. Why is everyone so afraid to just drill a damn hole? It's only a plastic fantastic!

Ed, I'm sure you've noticed I only installed the Porsche script and badge on the front. I thought it would make the rear too busy with the grilles, headrest, and red darts already there. Plus I'll be adding some snap posts for the top eventually.

I did the same as Danny. The crest is in the front and the script in in the back. It does, in my opinion, look to busy with crest and script on the front and back. I offset this by adding a Porsche grille badge on the back.

I used the emblem tape because it could be corrected if I did it wrong.

You can emblem tape the script. It took two versions of an exacto knife and a sh*&load of patience. The hardest part of the emblem tape on the script is making sure you cannot see the tape through the script (loop of the "P", "O" and loop of the "R").

From my experiences, on the front and rear Porsche scripts the scripts pin angle changes as it is inserted into the hole into the fiberglass you have drilled.  I cut away three of the five pins and use a couple of well placed drops of Super Glue to secure the script in place ... on a flat surface this is not an issue.

Phenolic Resin circuit board ! Now there's a blast from the past !   Sometimes it was called Linen Bakelite in the olden days.   I still have a 1/4" thick sheet of it somewhere. It was around before acrylics/plastic.  It stunk something terrible if it was burned in any way ! That smell was all too familiar in car electrical fires ! Lucas should have patented that smell !.................Bruce

X2 on the Bakelite - I had forgotten about the "linen" part.  Everybody thinks of old black telephones when you say "Bakelite".  That stuff was just phasing out as I was getting into the Electronics Biz and I totally remember that acrid smell when it burned.

Lots of electrical parts from my '69 Beetle donor had that  Phenolic stuff in it, like the substrate inside the headlight switch or emergency flasher switch that held everything together.

The fiberglass printed circuit boards of today can take a LOT of heat w/o igniting or outgassing - (they outgas during the manufacturing process), and are probably much cheaper to produce, too, while being impervious to just about anything, which also makes them almost impossible to recycle.  While I've seen them in colors, 99% seem to be that pukey green color. Back when I was still working, I scored a roll of this vinyl tape that the props dept used to protect the marks for the set pieces on the stage floor.

AFAIK, it’s the same 3M protective vinyl that they use for ClearBras, but it’s adhesive tape.

Like the old “Frosty on the Roll, Invisible on the Job” commercial, it’s light brown on the roll but invisible on the bulkhead. And it’s really durable. I have to replace it every year or so, but it’s kept the paint on my bulkhead from damage.

I can’t remember the number off the top of my head, but I’ll check it out next tome I’m down at the garage. I’m sure you can find it locally at any 3M supplier. Probably online, too. I've always wondered how guys were putting in rivets with little to no rear access.
I just learned Pop rivets are available with a closed end.
Is that what you're going to use? Nah, I'll just use regular aluminum pop-rivets. I'm not trying to replicate an original, just trying to keep the car in good shape.

I have about given up on getting the correct part numbers for the Porsche Spyder crest emblem so why won't switch gears and just go with period correct Subaru emblems, since that's what the motor is going to be. Look at the Word document in the  550 Sypder Replica Cloud Ordering/Exterior/Emblems folder and see if any of those specific links to this emblem are what you need. God forbid you use a Subaru emblem.

I was just being cheeky...

Honestly, it's a replica. Put whatever badging you want on it. Or not. It's your car.

maybe i should get a couple for the engine bay spark plug caddy!

Thats Handsome, How will you attach it? How is that eagle attached?

I thought Subaru translated to “Must Drive Under the Speed Limit” since that what the majority of Subaru drivers do while in the passing lane.

has the liner disintegrated from this supposed all original  Spyder?
https://www.bonhams.com/auctions/23595/lot/140/ James replied:
It is a foam tape. The foam is really thin, however it is visible when installed. I like the foam because it has a little more...

Michael McKelvey replied:
@Bobby D , thanks for your response. Does your fan shroud have fresh air outlets and hoses?

Bobby D replied:
Below is where I purchased it. Samba ad https://www.thesamba.com/vw/cl...etail.php?id=2169636

Bobby D replied:
Michael Below is a pic of one side. The throttle cable come in the top of wheel and connects. At the bottom of the wheel is another...

Michael B (aka bluespeedster SoCal) replied:
James, is the 3M a foam tape or actual thin tape? Internet search is coming up with foam tape. Michael

Eric Lee replied:
Congrats! I loved my first GTI. One of my all time favorite cars.
Michael McKelvey replied:
My Speedster's stablemate is also a GTI.

AmericanWorkMule replied:
I'd forgotten about that asshole causing the rest of us having to take off our shoes.
edsnova replied:
Just trying to imagine the thoughts and words of that actor with the Richard Reid Specials. I mean, you don't even have to be inside the...

Carlos G replied:
All this talk about blue roads and roads that are Porsche approved et al. There are a few parameters when I choose a route. Lack of...

DannyP replied:
The way I did it was to take a manila folder and make a template. Poke the pins through first, then trace around it, then cut it out.

James replied:
Yes, I used the 3M emblem adhesive tape on the front emblem also. It has been on there for several years without an issue. The 3M tape...

Eric Lee replied:
Did you do this to the front emblem too? I wonder if the curve on it would make it harder for to stay adhered over time?
Remove This Ad