Hello all. I am just getting into the 356s and have been looking for inspiration on what I want to build.

The car that caught my eye was Jim Kelly’s SAS Coupe Outlaw however my excitement was quickly snubbed when I saw on SAS’s website that they are no longer offering the coupe replica. Does anyone know why?

I saw that JPS makes a flared coupe however I really like SASs water-cooled, mid-engine design.

I’m brand new to the vintage Porsches so please excuse my ignorance but can y’all tell me what my options would be for a flared coupe replica or kit?

Do a search here for SAS and JPS  most here will tell you to avoid entering into a transaction from either vendor.  Check into Vintage Motorcars and Beck- Special Edition, both have wait times to do your build but you will get your dream car .

I would do a search for both those vendors on this site and see the comments that were given and issues that were had in dealing with these vendors, a fully informed buyer is a happier buyer and one that does not get defrauded.

I like what Alan said, you will get your dream car...¨a very good point.

There was a recent thread here that Jim Kelly's SAS had been wreck.  Believe he spun out due to a component failure and the right rear was damaged. There was a picture of his car in that thread.  He turned down insurance companies offer to buy it back so perhaps you could buy it from insurance company's action and bring it back to life.

I can't find the thread - did I just have a very bad nightmare or too much to drink?

did I just have a very bad nightmare or too much to drink? 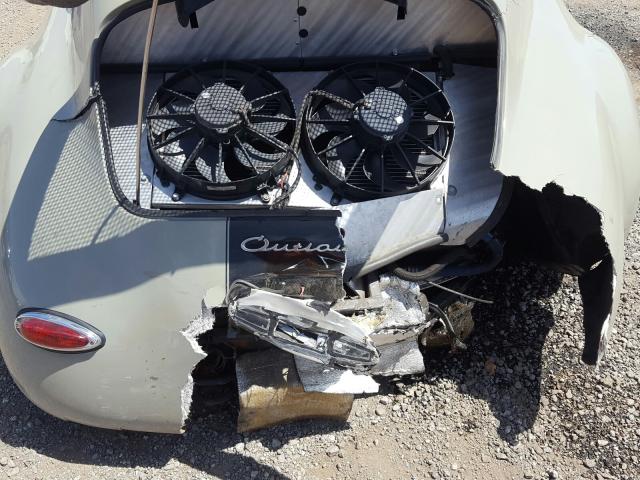 @WOLFGANG. Where did you get the information about what actually happened with Jim's car?  I had his phone number and tried calling him, but the person who answered said he didn't know who Jim Kelly was.

It looks like he's been active on the site recently, so I assume he's OK.

He responded that something apparently broke causing a spin out with him hitting road side going backwards. He said he was unable to check under car and took insurance payout.  Think he said he was doin about 55 mph.  Sad end to a beautiful car - hope someone buys the wreck and brings it back to life!

It's in link about the hot cars -

....Thanks for your email and concern.
I know it looks like I was rear-ended, but it was actually a single car accident.  I was on the freeway in the slow lane doing about 55, clear day, not much traffic, smooth road, when the car went into a right hand spin.  I did a 180, hitting the guard rail with the rear of the car.  I had 4 point harnesses and good seats, so I suffered no bodily damage.
I suspect a tie rod, cv joint, or axle failure.  I wanted to witness the inspection by the adjuster, but he finessed me, so I don't know what part actually failed.
Hagerty paid me the ACV of $50K, so that limited my financial loss.  They offered it to me for salvage value which declined.
I'm sorry the car was wrecked, but thankful no one was injured.  It could have been catastrophic if it happened a few minutes earlier.  Thanks again for checking on me.  Best regards, Jim
5/11/218:55 AM
❤️ 0

@Troy Sloan @WOLFGANG i also read somewhere here that the car hit hard enough to pop out all the window glass which i assume tweaked the entire square tube sub frame....and is most likely unrepairable...such a sad ending to a stunning car...more so just because of his very sad & crazy SAS saga...which i have 1st hand knowledge of as well

Here's another photo from CoPart site - showing rear window gone.  It would be "fun" or a challenge bringing it back if salvage price were reasonable.  Says engine runs (?) so there's good start. Door gaps look ok. Roof  line and rear window frame look ok too. 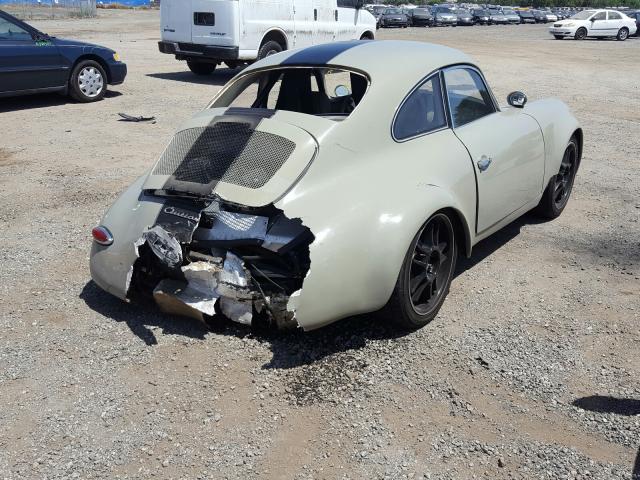 Still not released for auction sale, the rear glass being popped out isn't as much of a concern as the passenger door appears to be closed but looks sprung , that bothers me but... I'm still watching :~)

Those pics make me incredibly sad

Here's another photo from CoPart site - showing rear window gone.  It would be "fun" or a challenge bringing it back if salvage price were reasonable.  Says engine runs (?) so there's good start. Door gaps look ok. Roof  line and rear window frame look ok too.

It's a mid-engine car so it's possible no damage to the engine components at all. And it's quite possible the rear door isn't closed because someone didn't close it all the way.

Sign In To Reply
Post Content
*~*~* Paid Advertisement *~*~*
R Thorpe replied:
My VM Speedster came from Greg with a stock VW front sway bay installed, I replaced it with a larger Empi bar with no modification to...

IaM-Ray replied:
Lane, again congrats and also I noted that from the order to finish line it took, from Sept 2019 to June 25-2021 not bad really for the...

Jim Gilbert - Madison, Mississippi replied:
Get the front wheels off the ground and the cut will become obvious.

wombat replied:
Shouldn't the depth be calculated for when the shocks are fully compressed? If so, can anyone supply the exact depth and width of the cut?

Stan Galat replied:
It's always something. Best of luck, friend.

DannyP replied:
I guess I should have checked the Tire Rack website. Sorry. I was under the impression they were now available. I just looked around the...

DannyP replied:
I'm not going to argue the end process here. The benefits of reducing the resin content while still ensuring total saturation however IS...

DannyP replied:
Deep enough to clear when the suspension hangs all the way down, shocks fully extended. No more needed than 1/4" over that.